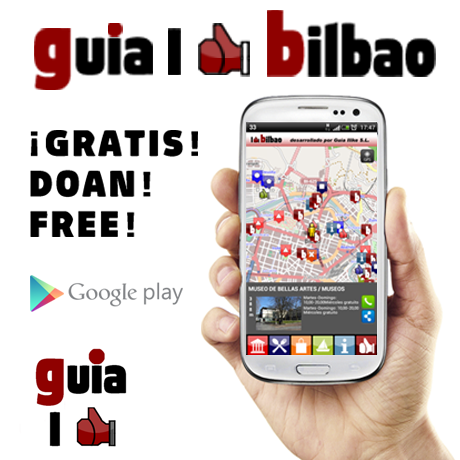 Ovoid Variant of the Depletion of the Sphere

Oteiza’s “Experimental Purpose” was the prize-winning artwork in the Biennial of Sao Paulo, in 1957. He asserted that the most important feature in Sculpture was not the objects themselves, but the void created amidst them. This milestone made him become one of the most important and influential sculptors in the 20th century. Oteiza gave up his work as a sculptor two years later, in 1959.

During those two years he created this artwork, a conjunction of three pieces with a curved opening that provoke a spatial expansion in which oval shapes are prevailing. It is a changing, dynamic form, that was made of corten steel, trying to evoke the shipyard industries formerly located on the same spot (although that is a characteristic that would not concern Oteiza, who was just focused on the form of his creations).

When Oteiza abandoned sculpture in 1959, he focused on Art Theory and on the study of the Basque cultural identity. Today he is revered by many artists, locals like Badiola, or internationals like Serra. 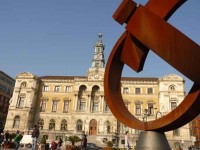 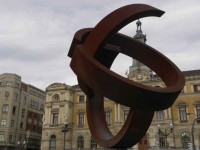 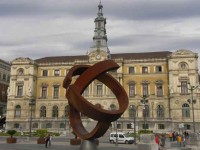 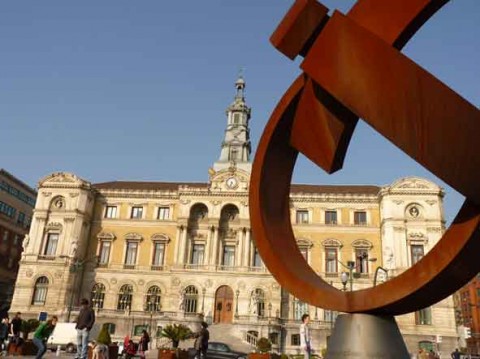